Could you be our next Police and Crime Commissioner? There are only 97 campaigning days to go

As one door closes, so another one opens.  Who would like to talk about a forthcoming election?  Don’t all rush at once.

In a little over three months, the citizens of Cornwall will get the chance to elect a Police and Crime Commissioner.  OK, so we have to share this high office with Devon – but it is a curious object in our political landscape and the forthcoming contest poses lots of interesting questions.

I shall return to the most obvious question – what exactly IS a Police and Crime Commissioner – later in this article.  But first I’d like to explore why I think this election is an opportunity for Cornwall’s radical progressives (and there are a few) to get their acts together in a way that they have never done before.

For a start, the election, which will be on 7th May, is contested using a form of proportional representation – the supplementary vote.  This means that those who come bottom in the first round have to drop out, and their votes are then shared around the remaining candidates until someone gets more than 50%.

The last time Devon and Cornwall elected a Police and Crime Commissioner was in 2016, and when the supplementary vote dust had settled the Conservatives’ Alison Hernandez had beaten Labour’s Gareth Derrick by 51%-49%.

At the moment, only two parties have actually selected their candidates – the Tories are sticking with Ms Hernandez, while Mebyon Kernow was first out of the blocks having selected Michael Bunney as long ago as June 2018.  Labour is electing its candidate as I write, and Mr Derrick is currently favourite to get another go.

In Devon and Cornwall, the contest has traditionally attracted a handful of Independents who have tended to do quite well, but who lack the machinery to pull in votes across a large region.

In 2016, the anti-European UK Independence Party came third with 17.5%.  Technically, UKIP still exists, but with more leaders than members or voters.  The Brexit Party also exists, but its single-issue fox is now riddled with bullets – suggesting that the Police and Crime Commissioner election might herald a return to conventional politics fought largely on domestic issues.

In 2016, the Liberal Democrats came a dismal 5th, falling at the first hurdle with only 12.4% of the vote.  There is a strong case for saying that the Lib Dems should give it a miss this time.  The Lib Dems are currently taking half a year to consider who their next national leader might be.  In May, the Lib Dems will still be, as a political party, in a state of deep coma.  The next Lib Dem leader will not be identified until late July.

Labour’s new leader – most like either Sir Keir Startmer or Rebecca Long-Bailey – will be announced on 4th April.  Whoever it is, the relative “excitement of the new” will give Labour something of a bounce going into the Police and Crime Commissioner contest.

The Green Party did not take part at all in 2016 and is holding meetings now to decide what to do.  And while I congratulate Mebyon Kernow for selecting a credible candidate and attempting to get “stuck in” I do wonder how this distinctly Cornish message will go down in East Devon.

Crucially, the election turnout in 2016 was only 22%.  This means that whoever is able to mount a well-funded, organised campaign is at a distinct advantage – particularly in the delivery of postal votes.

The formal notice of election is due to be published on 31st March and nominations close on 8th April.  If you fancy putting your hat into the ring, you’ll need to pay a £5,000 deposit.

It’s that figure of a 22% turnout which is really interesting, and which begs the question of what might happen if the anti-Tory parties managed to speak with one voice.

The national bureaucracies of the Labour, Liberal Democrat and Green Parties will all be hostile to the idea of any on-the-ground co-operation.  But as they say in nearly all United States elections, “all politics is local.”  Already there are signs that some grassroots political activists in Cornwall are questioning the relevance of their national party structures and are willing to explore areas of cross-party co-operation, in which ideas matter more than careers.

A starting point for co-operation would have to be some broad agreement on policy.  We already know that the hang-em-and-flog-em brigade will vote Conservative.

Labour, sadly, has not really moved on from Tony Blair’s notorious “tough on crime, tough on the causes of crime” soundbite.  That turned out to be “let’s make a bonfire of civil liberties, and not worry at all about the causes of crime.” 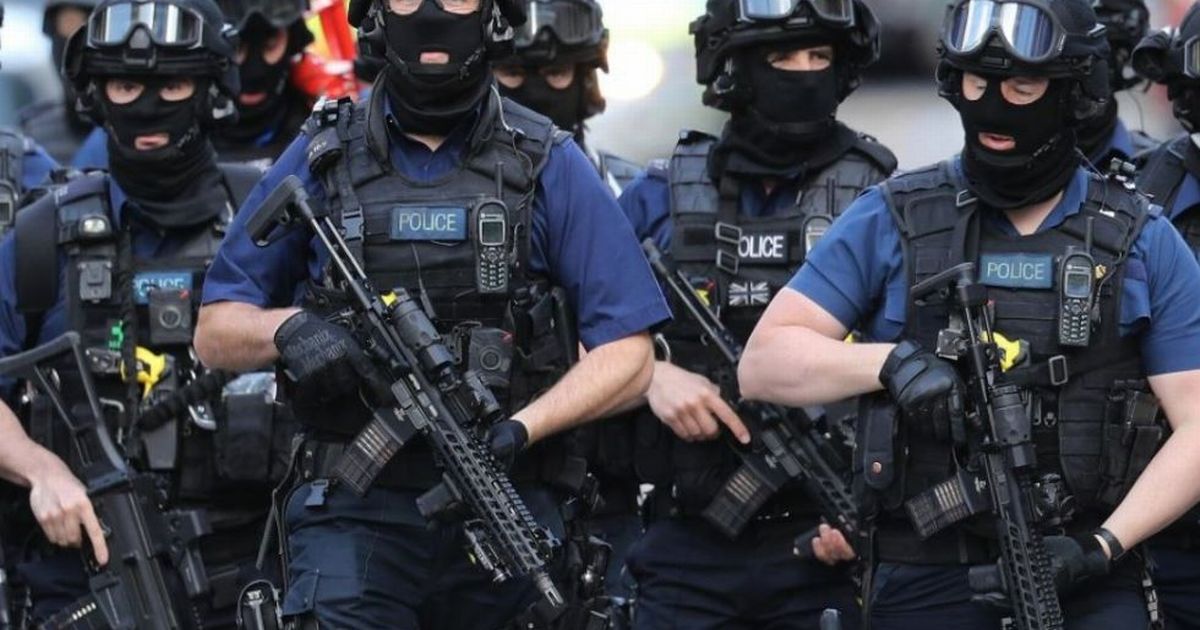 I don't know if the sight of armed cops patrolling community events scares away any terrorists, but it certainly scares me.  Below, the Green Party and the Liberal Democrats both have sensible policies on cannabis - but will not win the Police and Crime Commissioner election.  Labour should adopt this policy. 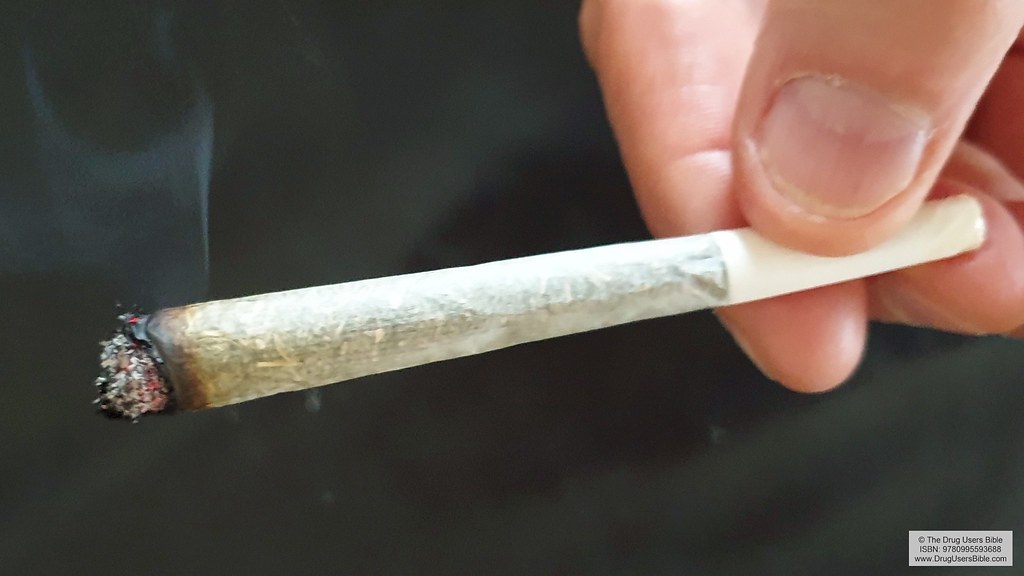 The Home Office always became a graveyard for the careers of any Labour politician with radical, humanitarian and libertarian instincts.  I have no idea if Labour will do a “manifesto” for the Police and Crime Commissioner elections, but I doubt it will go far beyond the “tough on crime” slogan of all the other parties.  Labour’s recent 107-page general election manifesto included only four pages on crime.

Which brings me back to the question of what exactly is a Police and Crime Commissioner?  The short answer is that there is, actually, not a lot of point in these political baubles – but they have considerable symbolic importance, and can exercise a small degree of influence over Chief Constables.

There is a thick grey line between what is “operational” and what is “policy” and it should not be difficult to tell who is in charge.  In practice, there is no doubt – it is the Chief Constable, not the Commissioner, who is calling the shots.

Nevertheless, in Devon and Cornwall, for example, it would be refreshing to hear a Police and Crime Commissioner announce that cops with machine guns should no longer be sent off to “reassure the public” at events like the Padstow Christmas Fayre.  I don’t know if they scared off any terrorists, but they certainly scared me.

The Green Party has long had the only truly sane policy on drugs, regarding addicts and other users as in need of medical treatment rather than criminalisation.  Even the Liberal Democrats recognise that Britain's laws on cannabis are not fit for purpose.  Most medical experts say the same.

But Labour, as usual, is scared of its own reactionary shadow.  Whoever the Labour candidate turns out to be should talk to both the Greens and the Lib Dems and try to agree a joint position (no pun intended.)

Over the last few weeks, we have heard in forensic detail how the enthusiasm of some police officers to use potentially lethal Taser weapons is in need of urgent review.

A Police and Crime Commissioner who insisted that wildlife crime, including illegal fox hunts and unlicensed badger culling, would be prosecuted to the full extent of the law, would get my vote.

The construction of a remand centre in Cornwall, to avoid the need for young local men and women to be locked up in Exeter and Bristol even before their trial, is necessary and urgent.

I would also be more inclined to vote for a Police and Crime Commissioner who declared that the investigation and prosecution of crimes like burglary should get priority over the monitoring of Facebook and Twitter.

This article first appeared in Cornwall Reports on 31st January 2020

I hope you enjoyed this blog post.  There is much, much more on Cornwall Reports, the only local news website in the country which is supported entirely by readers' subscriptions.  You can get full access to the whole website, including the valuable archive, for only £30/year - equivalent to less than 9 pence/day.  Cornwall Reports is updated throughout the day.  Journalism has value.